Fred graduated with a Bachelor of Engineering (Chemical) from McGill University in 1979 and received an MBA from Concordia in 1986. His diverse career started in Sales for the Canadian affiliate of a global industrial gas supplier (Air Liquide), developed through several regional roles (Ottawa, Montreal & Toronto) and led to Vice President – Process Industries (Montreal) until 2002. Fred joined QuestAir Technologies (Vancouver) in 2003 gaining international business experience while the company issued its initial public offering in the fall of 2004. He then gained healthcare experience working for Shoppers Drug Mart and led the Home Health Care Division (Vancouver and Toronto) as President until 2014. In 2016, Fred joined Chem-Ecol, a long established (since 1975) supplier of industrial lubricants and oil purification services in Cobourg. The company’s unique capabilities offer customers a compelling value proposition to save money by re-using their purified lubricants and reducing the environmental footprint by avoiding the premature disposal of their used oil. Chem-Ecol serves manufacturers in Canada and the United States. Having lived in three provinces and serving customers/companies across the country and globally, has given Fred the knowledge and perspective of challenges and opportunities facing Canadian manufacturers and service providers.

Doug manages the Cobourg operation of Cameco Corporation’s fuel manufacturing division. Prior to his work at Cameco, Doug spent over 10 years with General Motors in Oshawa providing leadership through the use of lean manufacturing tools; techniques that he continues to utilize and grow with the team at Cameco. A graduate of Queen’s University’s Mechanical Engineering program, Doug also has experience in quality management, reliability engineering and machine automation; mostly gained through progressive positions held in the automotive industry.

- Note: There is no 1st and 2nd vice president anymore. –

Alain has been the Plant Manager for Graphic Packaging’s Cobourg facility since its acquisition from Cascades in 2015. Prior to this, he held various leadership roles at Cascades from 1994-2015 including Director of Finance and Administration, Regional Controller, Director of Estimating, Planning and Sustainable Packaging and General Manager-Web Operations. He spent nine years with Transcontinental Printing in Ontario and Quebec prior to joining Cascades. He has a diploma in Business Administration (Finance) from St. Lawrence College, a CPA (CGA) designation and an MBA from Laurentian University. Alain has served on the Paperboard Packaging Council’s Industry Information Committee and as a Coach and Director with the Clarington Minor Hockey Association.

Dan Ross graduated from Engineering Physics at McMaster University in 2002. Dan began his career with a large defense contractor in a Project Management/Engineering role. While there Dan worked closely with companies like Boeing on lean manufacturing techniques and earned his Project Management Professional (PMP) designation. Dan joined SABIC in Cobourg in 2006, as a Process Engineer and Innovation Leader. Now as the Site Operations Leader, Dan has a passion for people centric leadership, understanding behaviour and motivating teams. Dan is Past President of the Northumberland Manufacturers Association (NMA) and sits on the board with the Durham Strategic Energy Alliance (DSEA). Dan lives in Cobourg with his wife and 3 children.

Prior to joining ESCO Corporation, Brad attended Queen’s University, graduating with a Bachelor of Applied Science in Mechanical Engineering in 1987. After 5 years working as a design engineer for a military and communications electronics supplier, Brad joined ESCO Port Hope in 1992 as a design engineer. From 1997 onward, Brad has held a number of roles on the ESCO team including manager of Facilities and Equipment (capitals and maintenance), Technical (manufacturing engineering/QA) and Continuous Improvement (Lean). In 2008, Brad accepted a dual role with corporate QVS (Lean) and Sustainability responsibilities and local Port Hope Energy and Environmental management duties. He moved full-time into the role of Corporate Senior Continuous Improvement Leader in January 2011 and travels within ESCO facilities providing coaching and continuous improvement and training events in production, administration, maintenance and the emerging field of sustainability.

Arnaud graduated in 1999 from CPE Lyon, France with a degree in Engineering Studies, specializing in Chemistry. Arnaud and his family immigrated to Canada in 1999 and resided in New Brunswick for a few years where he graduated with his Master of Science in Chemical Engineering from the University of New Brunswick. Arnaud and his wife moved to Cobourg in 2001 where they started their family of four. Arnaud’s career has taken him all over the world as a product engineer, a process engineer, a production manager, and a manufacturing engineer for North America. In 2016 he started with Belden Inc. in Cobourg where he held several positions including Engineering Manager, Operations Manager and interim Plant Manager. Arnaud believes that community support and sponsorship is important for all residents. He and his family has been and remain active members of the Cobourg / Northumberland community.

Karen has had substantial progressive experience managing both Continuing Education and customized training projects at Fleming College in the areas of Business, Justice and Community Services in Northumberland and Peterborough Counties. She holds the Certified Human Resources Professional (CHRP) designation, and was a past Communications Director on the Executive Board of the Human Resources Professional Association (HRPA)’s Northumberland Chapter. Karen has been an active volunteer in her community since moving here from Ottawa. She and her husband are avid outdoor enthusiasts, and while raising their three children here, have been residents of Northumberland County for almost 20 years.

Miranda is the Human Resources Generalist for Kawartha Metals Corp., sister company of North Shore Steel Solutions Inc. She recently joined the company in 2017 and graduated from Durham College with the Advanced Business Administration: Human Resource Management Diploma in 2010. She has resided in the Northumberland area for the past 18 years. While growing up in Cobourg, she was an active member of the CCHL as a player and coach, and has volunteered for Big Brothers and Big Sisters as a Go Girls Mentor.

Bryan MacKinnon graduated from the Bachelor of Commerce program at Queen’s University in 2007 with a focus on both Finance and Accounting. Following graduation, he worked for KPMG Toronto in their Audit practice specializing in Manufacturing, Mining, and Energy sectors. Bryan obtained his CPA in 2011. Shortly thereafter, he started working for Millard Towers and eventually took sole ownership. He sits on the International Association of Airport Executives (IAAE) Corporate Committee. Bryan splits his time between Cobourg and Toronto’s east end, the latter being where he lives with his wife. His pastimes include trekking through the bush (portaging), and trying to build and then subsequently fix things.

Millard Towers is a small manufacturing company that engineers and fabricates aluminum support structures used for aviation, meteorology, telecom, and navigation applications. Its aviation towers are used at airports worldwide and utilize a specialized design that allows it to break should it accidentally be impacted by aircraft. Started in 1951, Millard Towers has installations in over 60 countries, and at over 500 airports worldwide.

Ricky joined Lorenz Conveying Products in 2010 as an Engineering Associate. As part of the engineering team at Lorenz he is involved with quoting and estimating, product improvement and development, product support and process improvement. Ricky also enjoys technical writing and has had articles published in industry publications several times.

Ricky graduated from Centennial College with a Diploma in Electro-Mechanical Engineering Technology in 2002 and from the University of Western Ontario with a Bachelors of Engineering Science in Integrated Engineering in 2007. Ricky lives in Cobourg with his wife. He enjoys photography, Crossfit, weightlifting and hiking.

Nichola Walt joined ADL Insulflex, Inc., in 1997. Over the past 25 years Nichola has held several leadership roles. Inventory Control, Purchasing Manager, HR Manager, VP of Operations and now President – a role she has held since 2017.

Nichola has been responsible for the implementation of Insulflex’s Road to Efficiency Program where each year she sets a goal for the company and follows through with the implementation of programs, practices, and policies to achieve that years’ goal. As a graduate of St. Lawrence College in Business Administration - Information Technology Nichola has used both her formal skills along with her applied skills to bring many improvements to the company. This year one very large improvement will be implemented – ADL Insulflex will be implementing a new ERP system, something that Nichola has been very involved in.

ADL Insulflex, Inc. is a small manufacturing company that manufactures high temperature insulation materials and sells them to over 650 authorized distributors in more than 65 countries worldwide.

One fun fact about Nichola is that she is a self-proclaimed “nerd”, she loves playing video games and has actively played them for more than 20 years – it was one way of engaging with her two young boys who enjoyed gaming and a husband who was an avid gamer. Family game night took place with all four playing at their respective computers in their basement rather than the traditional game night sitting around a board game. To this day, though the boys are now adults, each still love gaming and they fondly share their memories of the fun had while gaming together as a family while growing up. 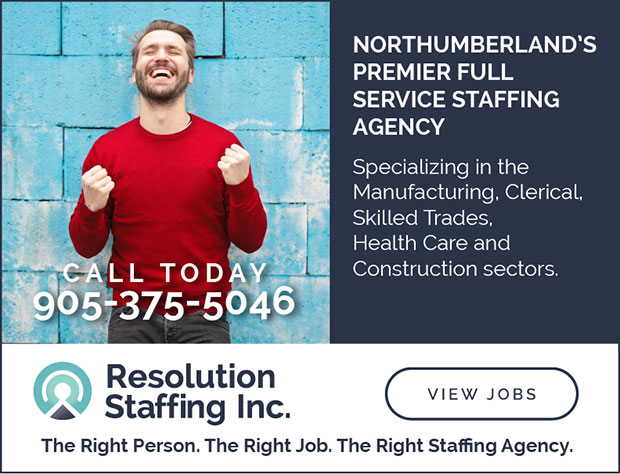 acorn30 is a marketing agency that works exclusively in manufacturing and agriculture industries.. Visit acorn30.com

Markham Metals is a leading metal and electronics recycling company, with operations across Canada and collectively 200,000-square feet of warehouse space. Visit www.markhammetal.ca 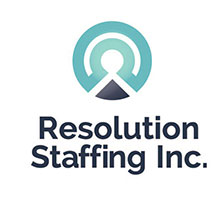 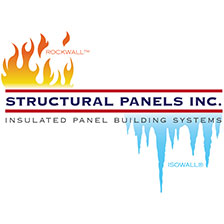